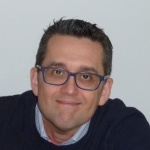 Fabio Andrea Zucca obtained the Master's Degree in Biological Sciences (Molecular Biology) in February 2002 from the University of Milan (Faculty of Mathematical, Physical and Natural Sciences). He was certified for practicing the profession of Biologist in November 2003. In January 2008 he received his Ph.D. from the University of Milan (Faculty of Medicine and Surgery) at the end of the XXth Program of the Doctoral School in Molecular Medicine. His research activities concern the study of brain aging mechanisms and neurodegenerative processes occurring in Parkinson's disease. His main research interest focuses on the characterization of neuromelanin organelles of the human brain with particular emphasis on their biosynthesis, accumulation during brain aging, interaction with metals and other compounds and their role in the neuronal vulnerability.