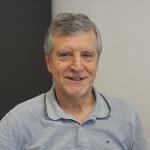 Luigi Zecca MD is a leading scientist in the field of neuromelanins and metals in the human brain. He has been visiting scientist at Brookhaven National Laboratory (Upton, NY, USA), at Dartmouth Medical School (Hanover, NH, USA), at University of Wuerzburg (Wuerzburg, Germany) and currently at Columbia University (New York, NY, USA). He has described with his collaborators key aspects on the structure, synthesis, interaction with metals and role of neuromelanins. In particular, he has shown that neuromelanins are ubiquitous in the human brain, occur in special autolysosomes and accumulate in aging. His studies have demonstrated a link between aging and neurodegeneration in Parkinson's disease mediated by neuromelanin. He has also shown that neuromelanins can play either a protective or toxic role depending on the cellular context in brain aging and Parkinson's disease. He has described the paramagnetic and other physico-chemical properties of the neuromelanin-iron complex that are the fundamentals which allowed the development of magnetic resonance imaging of neuromelanin, which is nowadays used as new tool for diagnosis of Parkinson. He has found that neuromelanins released by degenerating neurons in Parkinson's disease can activate microglia which cause neuronal death and further release of neuromelanin, thus establishing a vicious cycle of neuroinflammation and neurodegeneration, that contributes to the progression the disease. He is currently interested in the structure and pathways of neuromelanin autolysosomal organelles in neurons during aging. Moreover, he is investigating contrast mechanisms associated with magnetic resonance imaging of the neurodegeneration in Alzheimer's and Parkinson's diseases.